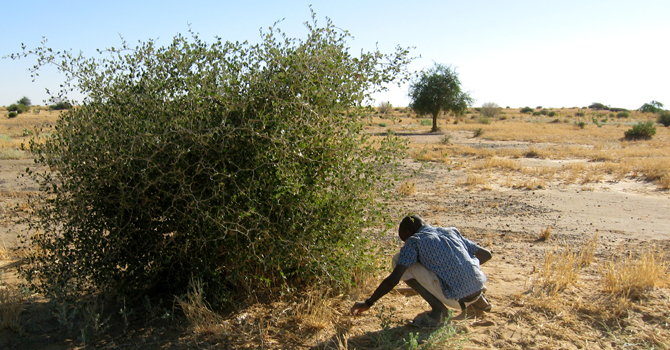 Amadu harvesting Eden fruits that have fallen during the night

On our way to a village in the northernmost agricultural zone of Niger, we meet sixteen-year-old Amadu Amani in the field as he is harvesting fruit from his family’s field. His father joined the Eden program in 1998 and together, the family has transformed their previously barren field into a fruit-bearing Eden Garden. Though traditionally fruit harvesting is a girl’s job, sixteen-year old Amadu is not ashamed to be part of his sister’s fruit collection team, even though she is two years younger than himself. “My sister Hawa and I get along very well,” says Amadu. “She is very productive and has shown me how much we can gain from our Eden trees. As our father has sown many trees, and the different species have different harvest seasons, there is always fruit to harvest from our Eden Garden. My sister and I take turns to make sure that we don’t miss any fruit. Since she often helps our mother with housework, I’ve taken on the morning shift. Around noon, she comes out and I go home. Our Eden fruits are very valuable to us, and we want to make sure that we don’t leave the ripened fruits unattended, or they will be consumed by people passing by.” 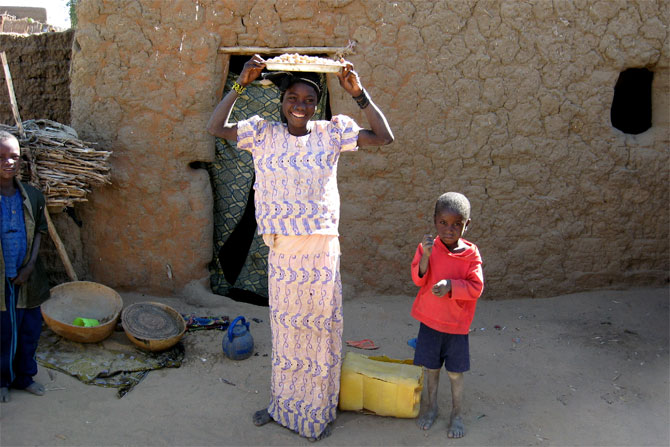 Hawa and her younger brother Abdu

Meanwhile, Amadu’s fourteen-year old sister Hawa is back at the family home, where we get the chance to speak with her. A typical Eden girl full of energy and drive, Hawa is proud to to have been selected as the family member in charge of the entire Eden fruit harvest – a responsibility passed on to her from her older sister when the latter got married. Remaining the only daughter now living at home, Hawa receives the help of her brothers, who are eager to help out as the Eden fruit revenues not only put food on the table but also contributes to clothes, shoes and jewelry. “Before I given full responsibility for the Eden fruit harvest,” Hawa says, “I was always making money from Eden fruit. I gave what I earned to my mother, who helped save up for a goat. Today, that first doe has given a number of offspring, and we are doing very well.” 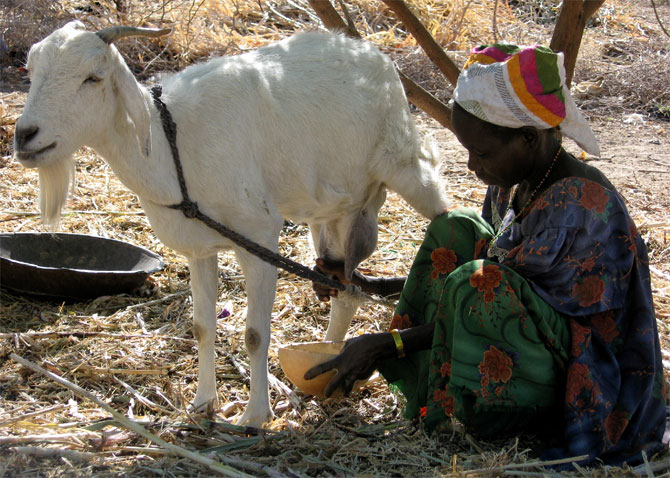 Hawa’s mother Salamatu remembers the episode well. “I added just a little money to Hawa’s savings that I myself had made from Eden fruit, and I was able to buy this white doe for her. She was so proud! The doe provides us with milk every morning and as you can see, all my children are in good health!” 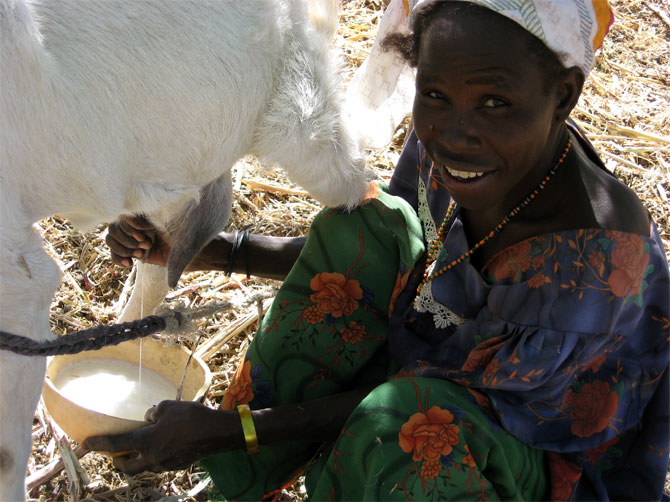 Eden provides farmers in arid West Africa with the start-off quantities of seeds that enable them to transform their barren fields into fruit-bearing Eden Gardens. These trees and bushes thus sown require neither irrigation nor fertilizer to grow, and will sustain the families, even in times of need. The beauty of the Eden concept is the independence that it gives to our farming families. The seeds provided by Eden are given to them for free. Once they have their own harvests, they owe us nothing in return and are free to prosper according to their own hearts’ desire.